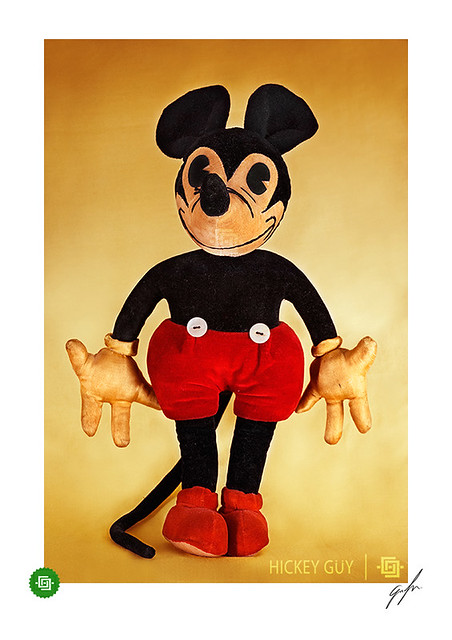 This early ‘Mickey Mouse’ doll – made by Charlotte Clark (USA) in 1930, is one of the very first produced dolls after the infamous “first shipment” batch. Mickey stands approximately 12″ tall, features Satin Hands, Red Velvet Pants and a Velveteen Body, including a Long Black Tail. All complete with Mother of Pearl Buttons and signature ‘Pie-Cut‘ Oil Cloth Eyes.

This originated from the possession of an old lady (Mrs McCormack) whom had received this Mickey and a Donald (autographed on the rump) from Walt Disney hands personally, back in the early 1930s as a child. This particular Charlotte Clark design had been created for Walt’s own “office stash”, to give as gifts to VIP visitors at the Hyperion Ave Disney Studios near Hollywood.

In Auctions, these large 19/20″ dolls are almost always mistaken for being Steiff made. They are similar, though the eyes are instantly telling!

Charlotte Clark did produce many Mickey Mouse dolls in this particular design/pattern starting in 1930, through to 1935 (approximately). Many of which were stamped on the sole of the foot, and sold in various stores around California (possibly the latter). 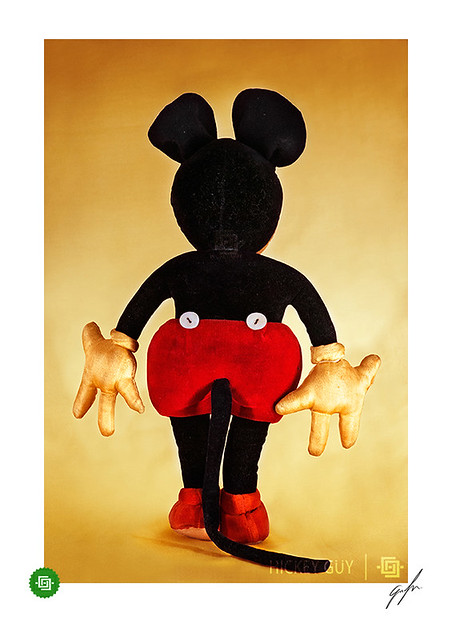