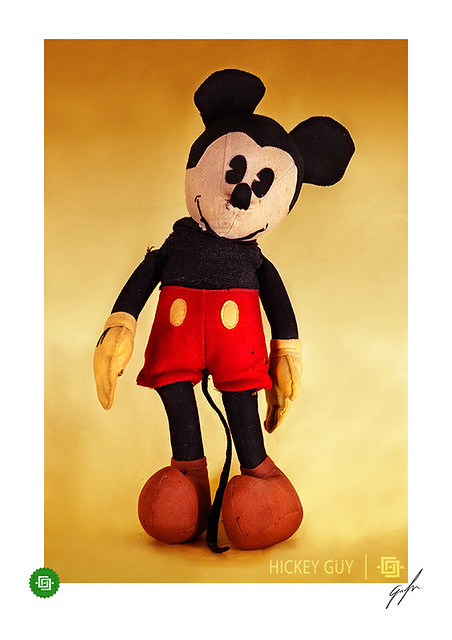 This ‘Mickey Mouse’ doll is one that my Dad has only ever seen once before. Made by O’Lis (Europe) in the 1940s, Mickey stands approximately 16″ tall, and features Yellow Felt Hands, Red Felt Pants, a Black Cotton/Felt Body, and Black Felt ‘Pie-Cut’ Eyes, and a straw-like filler/stuffing. Albeit he has vintage chest repairs, he fearlessly displays a sharp and charming appearance.

Girl standing next to this rare doll.

My Dad was lucky to acquire this doll – originating in Switzerland. Unmistakably European, Mickey features no tag or markings, but shares identical characteristics to that of the O’Lis (French) range of Disney plush dolls from the 1940s-50s. This particular doll showcases correct materials for the post-war 1940s period. 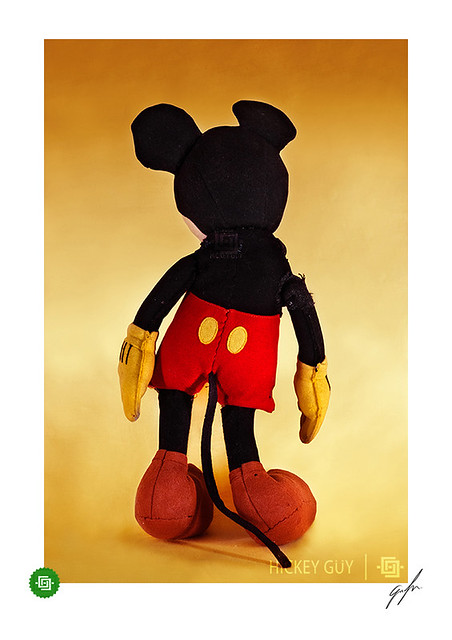 Such a note must be made about the following ‘linked’ article about a Parisian Apartment that had allegedly been locked away since 1939 (pre-nazi-invasion). The interesting tidbit to note is however, an O’Lis ‘Mickey’ doll (alongside Porky Pig) found inside the time capsule – dating back to the 1940s at the earliest (post-war). Doesn’t quite fit in with the article’s storyline (unfortunately).

One thought on “O’Lis Swiss”